Eagle-eyed bird-people might already know what my new EP is going to be called, but only someone who is half-eagle, half-Sherlock Holmes would surmise what the artwork would look like for this new release. So for eagle people and regular humans alike, here’s the cover of my new EP, out on the 19th of July. 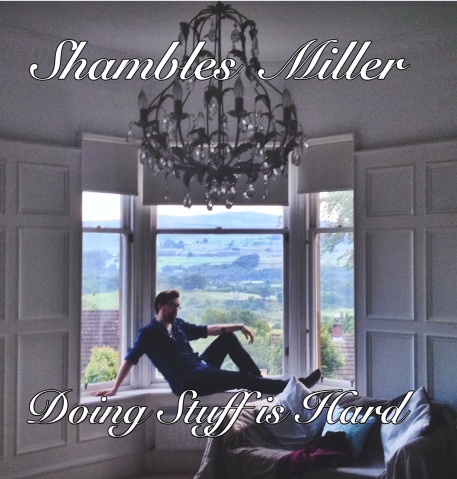 As you can see it’s called Doing Stuff is Hard and it’ll be available to download from Bandcamp from the 19th of July, the same day as the Glasgow launch party at the Hug and Pint. I feel like it’s an appropriate title since it’s the first proper thing I’ve released in over two years. It’s also the first time I’ve released something that doesn’t feature some sweet, sweet Neil Slorance artwork! Well…sort of. Here’s the back cover.

Ach I just couldn’t help myself. Oh and there’s a wee tracklist as well, so you can get an idea of what to expect. It’s still mostly an acoustic EP but there’s some wee surprises from Jamie Sturt and Ryan Joseph Burns in there (some of which you might have already heard on Neil’s Song). In addition to making it available on Bandcamp, I’ll be doing a limited run of 50 physical copies, so get yersel down the launch to grab one! Or if you live in/near one of the cities where me and Chrissy Barnacle are stopping off on our tour, you might manage to grab a cheeky copy ahead of the official release date, so check out our tour dates and come see us play in a venue near you!

That’s all for now, I really hope you can make it to one of our shows and if you live in Glasgow, come on down to the launch. It’d be really great if you could come validate my life choices, and I’ll love you for it.

In case this is the only place you head to for your Shambles Miller news, here’s my news, delivered ALMOST TOO FAST but hopefully JUST FAST ENOUGH: 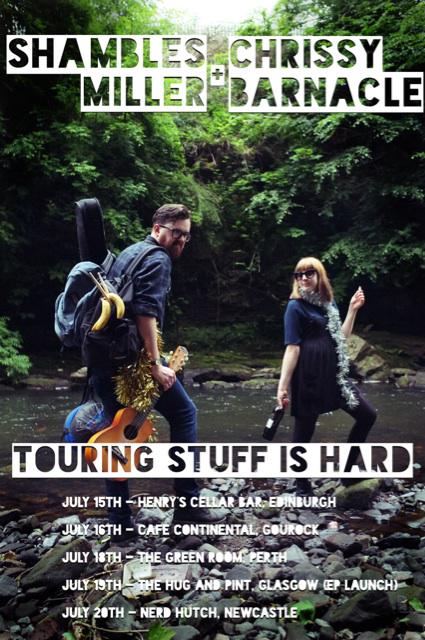 It’s going to be at The Hug and Pint on Sunday the 19th of July and you can buy tickets directly from their website right this very minute. Take Shia LeBeouf’s advice and DO IT. More EP news SOON.

I’ve said it before, doing stuff is HARD. Unless that something is making a lo-fi recording about how hard doing stuff is, and then making a wee one-shot music video for it like two weeks later. Because that’s precisely what I’ve done. Here it is.

Or the hardest thing might be understanding that sentence. Who needs punctuation? What am I saying, I love punctuation. I really, really do.

If you liked the song, feel free to download it from Soundcloud for free! Feel free FOR free. 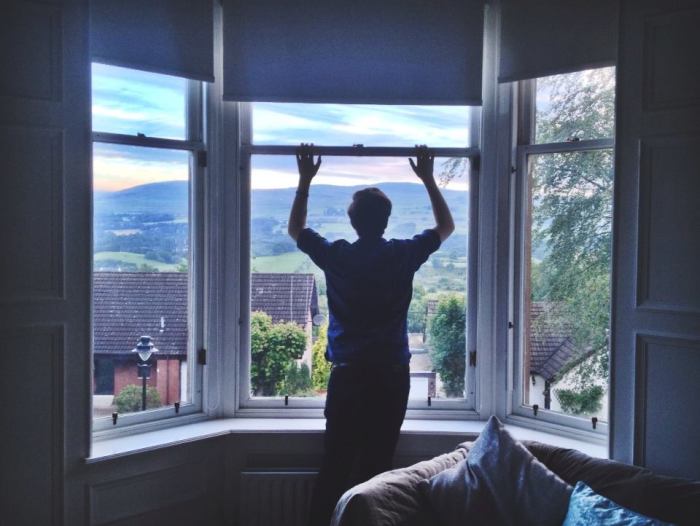 It’s pretty cool, something I know a lot about. There are links to my music and stuff right up above where your eyes are looking right now, and you can also find me in a digital capacity at:

You can find me in an analogue capacity at various gig venues at various times. Updates on the aforementioned social media link sausages.

Keep in touch! Love you byeeeee

DOING STUFF IS HARD, OK? We all know it. We’ve all had to do a thing and been like “ugh” or “no” or even “whyyyyyy”. I get writers block a lot and the other night I wanted to trick myself into Doing Stuff so I asked Twitter to help me. I figured they might be able to help me dislodge my mind-rocks to write a new song…but then I watched loads of episodes of Daredevil. So I wrote a song about that instead. I seriously can’t figure out if this counts as Doing Stuff but I quickly recorded it anyway. Here it is! Enjoy it, and enjoy Daredevil. That shit’s incredible.